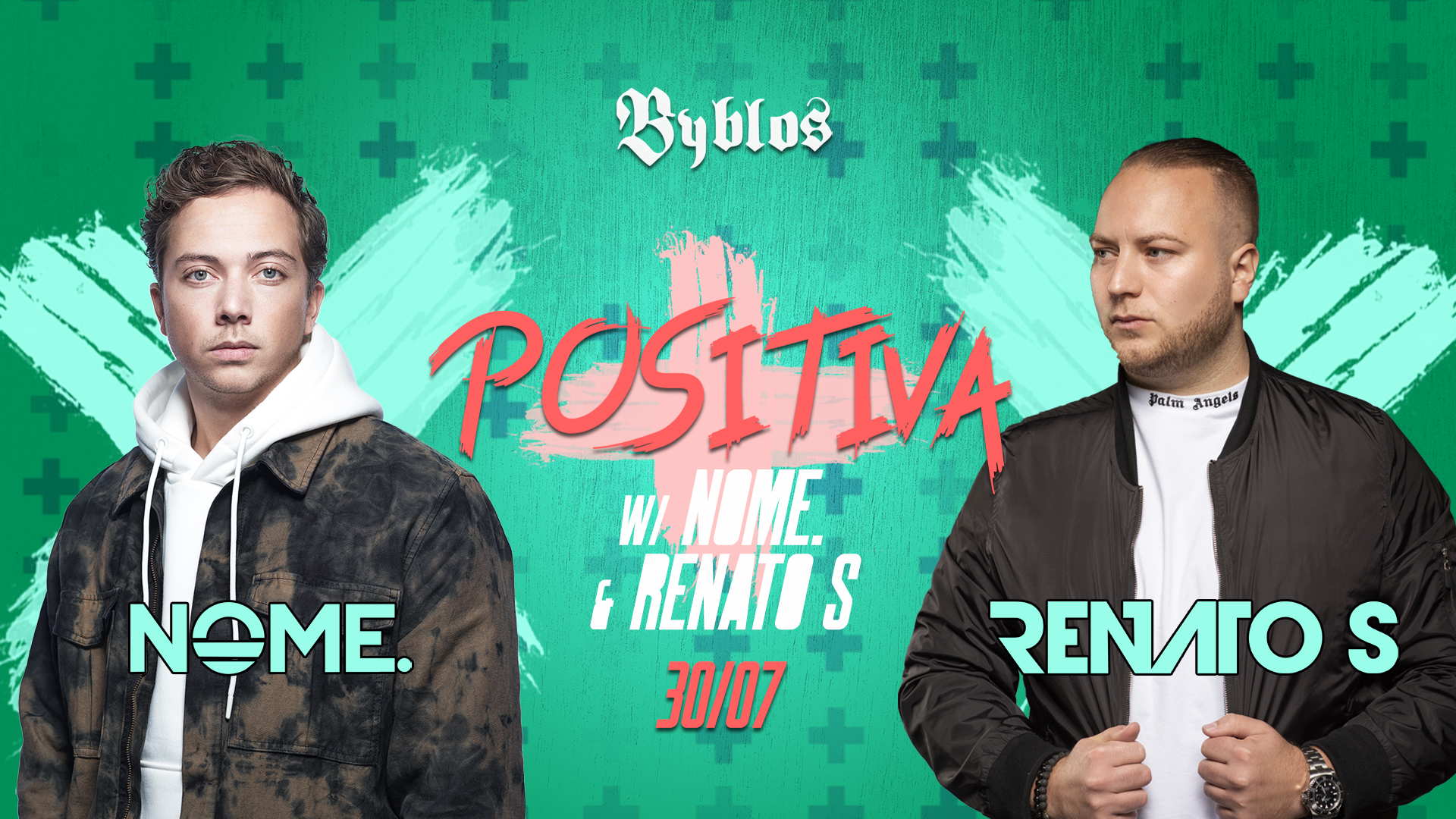 POSITIVA w/ RENATO S & NOME
RENATO S
Renato Solleveld also known as “Renato S ” is a 29 year old DJ / Producer from Amsterdam (The Netherlands). He started DJ’ing when he was only 16 years old. Renato learned to perform and DJ really quickly. Within no time he had several residencies in different clubs in the Netherlands and played in the biggest clubs all over the country alongside the biggest names in the Dutch DJ Scene. Currently Renato is touring all over the world and has been a resident DJ for the past 3 years in one of the biggest clubs in Asia – The number #64 DJ Mag Top 100 Club in the world – Insanity Nightclub, Bangkok!
With his skill set and 13 years of experience he creates a unique sound of all kinds of genres. Most of the time he makes the crowd go wild with his massive sound professionalism in EDM, Progressive, Electro, Bigroom, Future, Tech and Bass House Music mixed with mashups and bootlegs! But he also knows how to play all other kinds of music when needed to. It doesn’t matter if he warms up, plays at prime time or has to close the night because with a huge amount of music and a lot of experience. Renato S can do it all!
After 4 years of performing in the Netherlands, Renato started to focus more on the International club scene and events. From the moment he became an artist until now, he did about 1000+ (Club) shows, events and festivals in about 27+ different countries in Europe, The Middle-East, Africa and Asia. Think of City’s like: Amsterdam, Shanghai, Tokyo, Singapore, Bruxelles, Antwerpen, Croatia, Paris, Qatar, Hong Kong, Taipei, Toulouse, Geneva, Lausanne, Guangzhou, Phnom Penh, Marrakech, Casablanca, Rabat, Osaka, Dakar, Mauritius, Bangkok, Phuket, Cebu and played as a highlight of this year in 2019 at EDC China!
A short time after Renato started DJ’ing he also started producing. Renato got several releases on labels like: Spinnin’ Records, REVEALED Recordings, Smash The House, Dirty Dutch Digital, Metanoia, KLASH, Undertown Recordings, King of Drums Recordings, 4Kenzo, +31-Music, G-Rex Music & many other labels. He made last year an Official Remix for one of the biggest rappers in the U.S. – French Montana. His first released Single and music video that he made together with William Araujo, the number 1 singer from the Cabo Verde with a huge support on Radio stations in Europe and Africa. The single came in the Dutch Dance Top 40 and had support in 40+ different countries.
Meanwhile he is making a lot of progress with his releases. His productions are supported in the biggest clubs in the world, on festivals like Tomorrowland and Ultra Festival, Radio stations across the globe and supported by a lot of Top100 DJs. Think of artists like David Guetta, Hardwell, Dimitri Vegas & Like Mike, W&W, Timmy Trumpet, Steve Aoki, KSHMR, Bassjackers, Blasterjaxx, R3HAB, Nicky Romero, Ummet Ozcan, Mike Williams, Fedde Le Grand, Dash Berlin, DJ Chuckie, Showtek, Sunnery James & Ryan Marciano, Danny Avila, Yves V, Plastik Funk, just to name a few!
Upcoming months you can expect a lot of new music, releases on Warner Chapell Music, Revealed & Smash the House Recordings and tour dates all over Asia, The Middle-East, USA and Europe!
FB; https://www.facebook.com/OfficialRenatoS
IG; https://www.instagram.com/djrenato_s/
Soundcloud; https://soundcloud.com/djrenato_s
NOME.
Maarten Cozijnsen, better known as NOME., found his love for music at a very young age. Playing piano and guitar, music has always been a big part of his life. Fast forward a few years: we find NOME. collaborating and releasing his own music with some of the biggest names in the game. With over 5 million plays on Spotify, a collaboration with Fedde Le Grand and support by the likes of Tiësto, Afrojack, Oliver Heldens, Steve Aoki, Showtek, Sam Feldt and many more, NOME. is taking over the house music scene by storm.
Next to his already impressive catalogue of own productions, NOME. also knows how to rock the dancefloor with his unique house sets. His energetic mixing and choice of tracks already got him touring in Asia in 2019 & 2020. Doing a liveset on the legendary Euromast in Rotterdam in collaboration with 1001tracklists and being invited by Dutch radio channel SLAM! are only the beginning of what’s to come. NOME. might be the new kid of the block but is here to stay!
FB; https://www.facebook.com/officialnome/
IG; https://www.instagram.com/djnome/
Soundcloud; https://soundcloud.com/officialnome
TICKETS
Presale:
https://byblos.hr/ – 80 kn / 10.70 eur
On the day of the event:
Till midnight – 80 kn / 10.70 eur
After midnight – 100 kn / 13.3 eur
VIP SECTION
It includes
Parking (Level 1 and 2 guarded VIP parking)
Escort hostesses from the entrance to the reserved VIP places
Obligatory consumption of bottles
VIP security guard
VIP waiter
Snacks
– – – – –
BYBLOS DISCOTHEQUE
Zelena Laguna 1 * Poreč
P:+385 (0) 91 292 5678
https://byblos.hr/ https://www.facebook.com/Byblos.Porec.Croatia/
INFORMATION
W: https://byblos.hr/
Table Reservation:+385 (0)91 292 5678
Free Drive: +385 (0)91 292 5678
Age limit 16+ 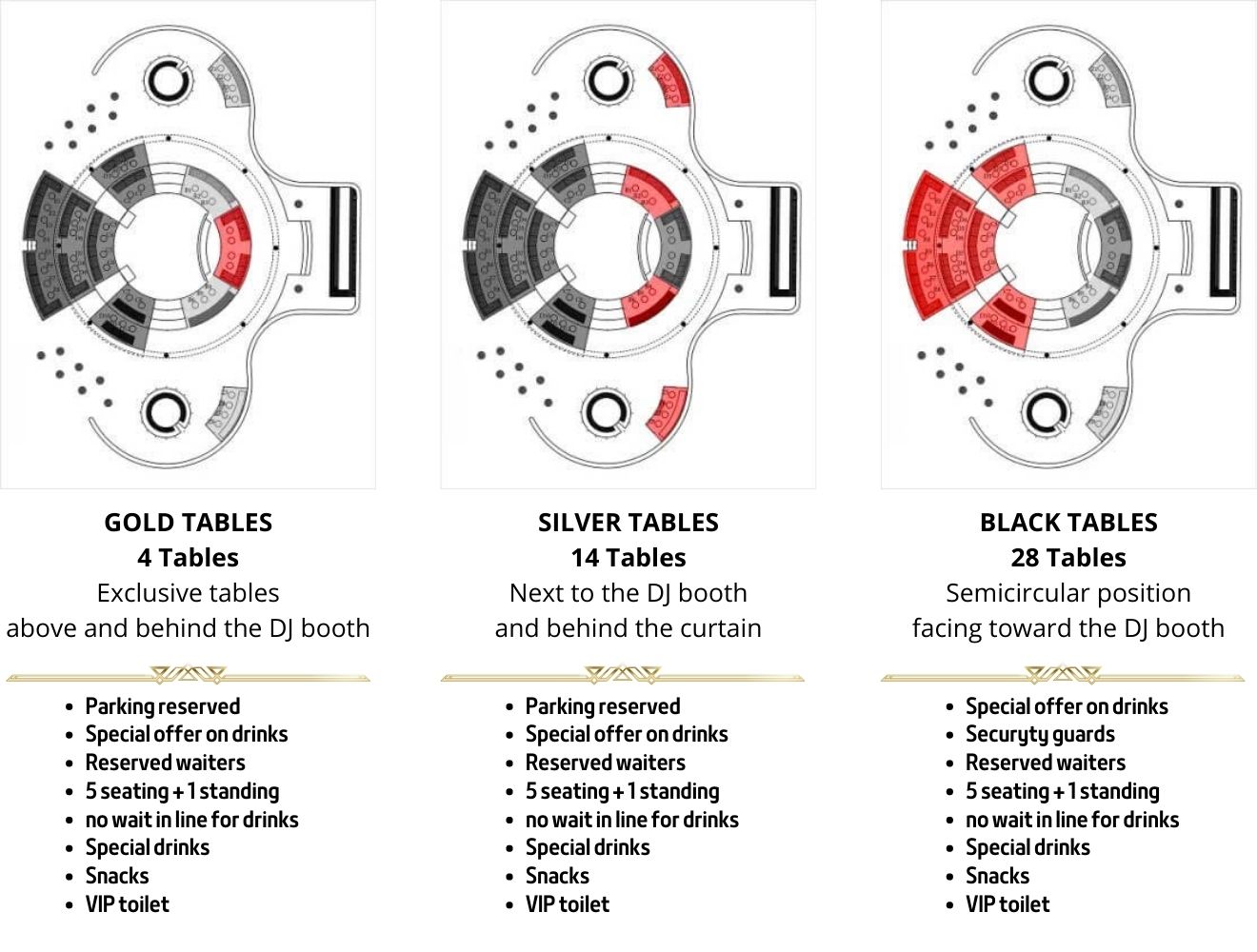